Beesmas Lights would occasionally appear in fields you collect pollen in as the reward of Science Bear's Beesmas 2020 quest. They fell from the sky like a coconut, but smaller, taking 2 seconds to fall. They were used to convert a certain amount of pollen to honey. Whenever a Beesmas Light is caught, it grants the Inspire buff and converts based off of your convert total. If it wasn't caught, it collected and instantly converted pollen. Beesmas Lights would spawn after collecting 25 Ability Tokens (with a 30 second cooldown), dropping 5 lights into the field. Beesmas Lights could spawn in any field, including the Ant Field. Since the respective event is now over, this item is now unobtainable. 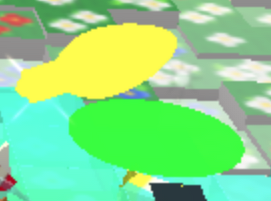 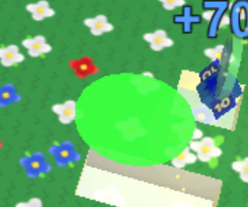 The green dot indicating where the light will fall. 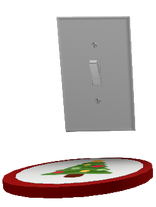 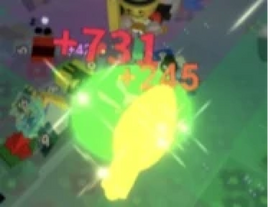 A Beesmas light falling at night.
Add a photo to this gallery

Retrieved from "https://bee-swarm-simulator.fandom.com/wiki/Beesmas_Lights?oldid=341687"
Community content is available under CC-BY-SA unless otherwise noted.