Gummy Bee is a Colorless Event bee. It can be purchased for 2,500 gumdrops from the Gummy Bee Egg Claim.

Like all other Event bees, this bee does not have a favorite treat, and the only way to make it gifted is by feeding it a star treat or gingerbread bears.

Gummy Bee in the Ticket Tent. 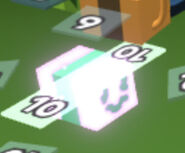 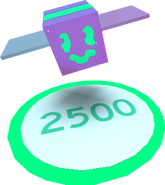 Retrieved from "https://bee-swarm-simulator.fandom.com/wiki/Gummy_Bee?oldid=342220"
Community content is available under CC-BY-SA unless otherwise noted.