Memory Match is a match-style minigame found throughout the game. The goal is to match as many pairs possible in order to win items. There are four of these venues that can be used. The cost of each venue have varying amounts of honey (See "Locations").

Players will need to have the required amount of bees in order to access them. The four venues cost differing amounts of honey to use along with shorter/longer cooldowns due to the available items that can be won. Starting some Spirit Bear's quests can also start a Memory Match game.

When it is used, a screen will pop up with a 4x4 (5x4 for Extreme and Winter), card screen. A player has a limited amount of chances to match cards together. They can gain more chances if they have the required badge and its rank in order to get it. Venues with rarer rewards require more honey, a better badge rank, and a longer cooldown.

If no matches are made, a message will appear in the chat, saying, "Better luck next time!"

If at least one match is made, a message will appear in the chat, saying, "Winner!", with the items received shown afterwards.

The following audio plays when a card is flipped over:

The following audio plays when a pair is correctly matched:

Currently, four of these machines can be found in the game.

The Winter Memory Match was a memory match added in the Beesmas 2020 update. It was located near the Pine Tree Forest and the Tan Gift Box. It was a limited time memory match, and has since been removed following the Beesmas 2020 event's ending. It had a cooldown of 4 hours before you could use it again, and cost 100 snowflakes to use with a base amount of five chances. You could only play it after you had completed Spirit Bear's Beesmas 2020 quest.

When a player attempted to use this without completing Spirit Bear's Beesmas quest, the following message appeared: "Looks like you need a membership of some sort to play winter memory match...". 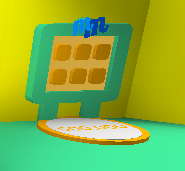 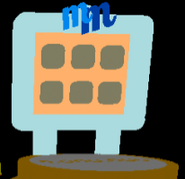 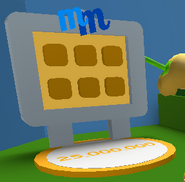 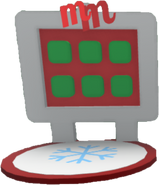 The Winter Memory Match.
Retrieved from "https://bee-swarm-simulator.fandom.com/wiki/Memory_Match?oldid=349927"
Community content is available under CC-BY-SA unless otherwise noted.