The four things that can attack mobs are bees, flames, frogs, and coconuts. One method for defeating mobs that reliably works for any mob that defends a field (everything other than the King Beetle, Tunnel Bear, cave monsters, Stick Bug, Rogue Vicious Bee, Wild Windy Bee, and the Commando Chick), with the exception of the Coconut Crab, and Mondo Chick, is to jump continuously. It is one of the glitches where when jumping, mobs will freeze and not attack which leads to your bees thinking the mob isn't a threat and not attack it. You do have to make sure your bees "know" to attack a mob before starting to jump - if the mob hasn't started attacking you - by waiting for your bees to begin attacking the mob before jumping.

Before the 2/1/2019 update, rewards from defeating any mob were sent to the player's inventory right after the mob was defeated. After the update, the mobs were altered to drop a ring of tokens around it instead (battle points don't spawn as tokens). Other players can't collect tokens dropped by the mob if the mob wasn't spawned by them. The tokens can be collected by a token link, unless the rewards are from public mobs, meaning other players can collect the drops regardless of whether they attacked it or not.

Some mobs are considered passive. This means that they will not attack the player, nor the player will attack them. These include bean bugs, frogs, fireflies, with the exception of Chicks, Spotted Chicks, and Hostage Chicks.

While some mobs are considered Bosses, others do not qualify for this designation. These mobs are called Mini-Bosses, distinct from regular mobs but not qualifying as a boss. Wild Windy Bee, Rogue Vicious Bee, Snowbear, Commando Chick, and Stump Snail are all in this category.

Loot Luck has the ability to directly affect the quantity and quality of the rewards that mobs can drop upon defeat, but will not affect honey dropped by mobs (that is instead affected by Honey from Tokens.)

When the Mondo Chick and Commando Chick use their egg block ability, it will often block the bee attack, even if the bee is the same level or a higher level than it.

Stump Snail has the highest health out of all mobs and does not intentionally attack the player. Instead, it moves in a circle around the edge of the Stump Field. However, it will deal damage if the player stands in the front of the snail. Standing in the shell doesn't deal any damage to the player.

Field mobs are located in fields. Their only way of attacking is by pouncing on the player and dealing damage or the player making contact with it. 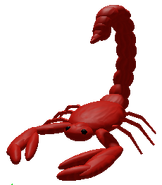 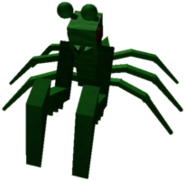 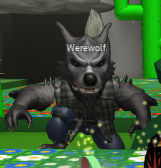 Mini-bosses don't necessarily fit the qualities of a regular boss, but exhibit a special quality that doesn't fit field mob requirements either. 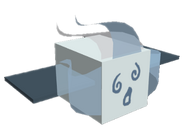 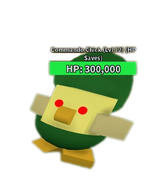 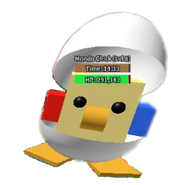 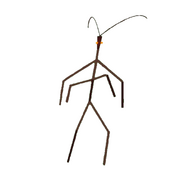 Mobs that don't fit in any of the above categories are placed here instead. 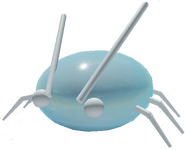