Onett (pronounced “oʊ-neɪ (oh-nay)”) is an interactive quest giver past the Bear Gate. He gives out a series of five challenging quests. The rewards for the last quest includes a star treat. His quests require the player to complete a variety of tasks, requesting the player to collect over 3,000,000,000 pollen, over 100,000,000 goo and over 150,000 tokens throughout all of his Star Journey Quests. 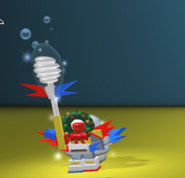 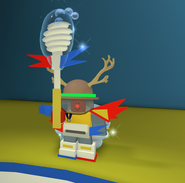 Onett wearing the Swarming Egg of the Hive during the Egg Hunt 2020 Event.

Retrieved from "https://bee-swarm-simulator.fandom.com/wiki/Onett?oldid=337476"
Community content is available under CC-BY-SA unless otherwise noted.