Pollen is collected to make honey in Bee Swarm Simulator.

Pollen can be obtained by using tools (by tapping/clicking), on flowers or from bees gathering themselves and activating their abilities. Flowers can have different sizes and different colors. Some quests require pollen to be collected from a specific flower color.

Pollen is mainly used to convert it into honey at the player's hive. This is one of the most common ways to get honey. Pollen is also used as a counter to track how much a player has farmed from a field in badges.

In order to get more pollen per collection, collect the biggest flowers on the field. The bigger the flower, the larger the pollen multiplier. There are 5 different flower sizes: single, double, triple, large, and star. 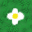 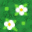 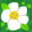 Retrieved from "https://bee-swarm-simulator.fandom.com/wiki/Pollen?oldid=337225"
Community content is available under CC-BY-SA unless otherwise noted.