A Sprout is a plant that spawns in fields. When players collect pollen from the field, it will grow larger until it explodes. The sprout can also grow by having a cloud in the field, which "waters" the sprout. Once this happens, it sends a shockwave effect outwards around it and scatters various tokens throughout the field. There will be a number representing the amount of pollen needing to be collected until the sprout releases its goods. If no interaction with a sprout takes place for more than 5 minutes, it will despawn, where it drops into the ground and disappears.

Like the spawning spike of Rogue Vicious Bee and guiding star auras, since the 9/28/2019 update, all pre-spawned sprouts will remain invisible to the player until they are in the server for 2 or more minutes.

Depending on where the sprout is planted, the number of treats spawned can vary.

There are nine different types of sprouts:

The amount of pollen needed for the sprout for it to be harvested depends on the rarity of the sprout and the field it's in.

Sprouts can spawn randomly in the map, and can also be summoned by using the Special Sprout Summoner near the Red HQ, by anyone who has discovered all eight Legendary bee types, every sixteen hours. They can also be planted using magic beans. When a sprout spawns, it will broadcast a server-wide message, "🌱A (Rarity) Sprout has appeared...🌱". If a player has planted a sprout, the message would read, "🌱{Username} has planted a (Rarity) Sprout...🌱". Sprouts cannot spawn or be planted in the Ant Field.

As a sprout grows, the following audio is played once the sprout has hit the next respective stage:

The higher tier the sprout is, the more tokens spawn when fully harvested. The possible drops and amount of pollen needed for the sprout for it to be harvested are listed in the table below.

~An X in a category means that the specified sprout doesn't spawn that item.~

*Only red extract, blue extract, oil, enzymes, and glitter. If the sprout is in the Coconut Field, it will also be able to spawn Coconut and Tropical Drink. 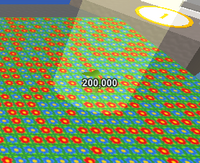 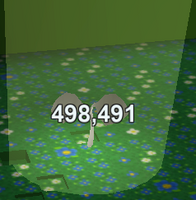 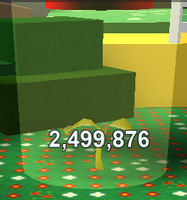 An epic sprout in mushroom field. 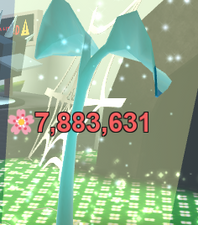 A legendary sprout in the spider field. 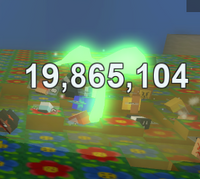 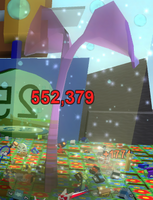 A gummy sprout in the mountain top field. 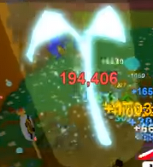 A festive sprout in dandelion field. 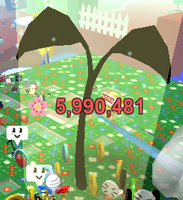 A debug sprout in the clover field.

Onett planting a debug sprout server-wide under one of his aliases.

Onett planting a festive sprout under another one of his aliases (NO-nett).

Onett planting a supreme sprout under another one of his aliases.

Onett, pretending to be a Puppy Bee, planting a Gummy Sprout.

Retrieved from "https://bee-swarm-simulator.fandom.com/wiki/Sprout?oldid=350055"
Community content is available under CC-BY-SA unless otherwise noted.